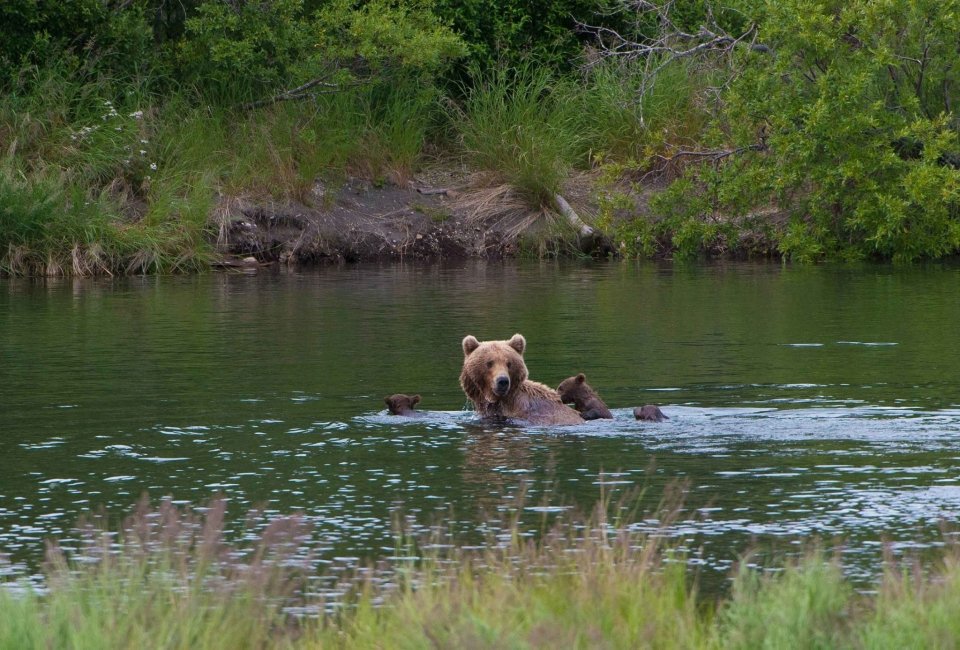 Explore one of America's greatest ideas. Embark on the virtual tours of the National Parks to get inspired!

Formed by a volcanic eruption and collapse, Crater Lake National Park features the deepest lake in the U.S., and one of the top ten deepest lakes in the world. While people have inhabited the lake’s shores for centuries, the park was founded in 1902 to protect its natural resources, including its fresh, clear water, and cultural resources.

Go on a tour of the park with Dierks Bentley and park ranger Charlie in this 360-degree video produced by the National Park Foundation and the National Park Service. Catch the sun rise over Garfield Peak and cruise around Phantom Ship, a rock formation that predates the lake. Watch the video on a mobile device and move around to see the remarkable vistas of Crater Lake! 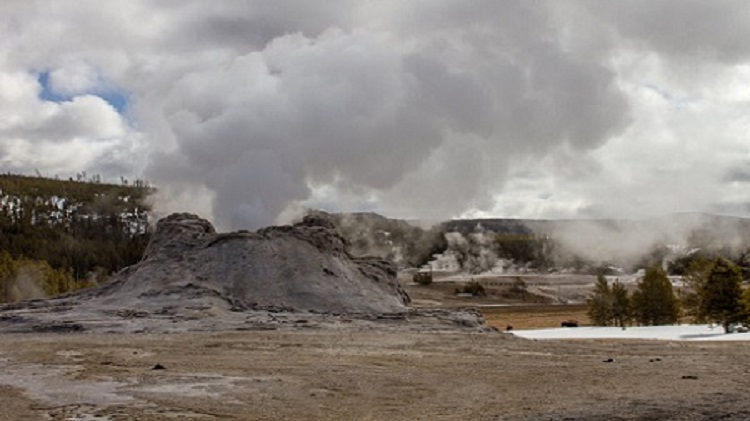 Watching Old Faithful Geyser erupt is one of Yellowstone National Park’s most treasured traditions. However, Old Faithful is just one of nearly 500 active geysers in the park, and one of six that park rangers currently predict. While the park is also famous for its scenery and wildlife, it’s unique and dynamic geothermal features were what inspired its designation as the first established national park in the world.

Explore Yellowstone’s nine webcams – one live-streaming and eight static – provided by Canon USA, Inc. through a grant to Yellowstone Forever. Take a closer look at a few of the park’s geysers, including Lone Star, Old Faithful, and Castle Geysers, through an overview of the Geyser Basin and 3-D models. 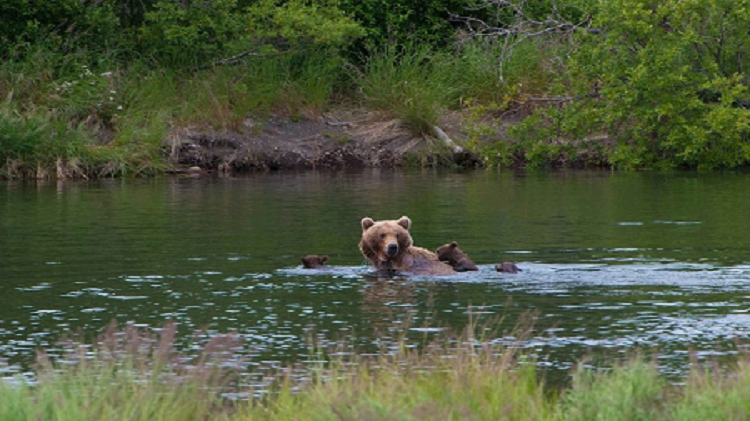 Established in 1918 to preserve features associated with one of the most powerful volcanic eruptions ever recorded, Katmai National Park and Preserve protects thousands of years of human history. The park’s millions of acres serve as an important protected habitat for salmon and thousands of brown bears, which can be seen in high concentrations across the park.

Explore the park’s three bear webcams, presented in partnership with Explore.org. Bear cams go live each summer when the park’s bears are most active, but you can catch highlight reels from the bear cams year-round. Search for bears fishing for salmon at Brooks Falls and the Riffles, plus catch mothers and cubs  on the Lower River cam. You may even catch a snorkeling bear from the River Watch cam, which provides a closer view of Brooks River.

Looking for more to explore? Check out the National Park Service’s multimedia gallery of webcams to experience other parks live. And keep in touch with the National Park Foundation on social media – follow us on Facebook, Twitter, and Instagram – as we share our favorite ways to make a virtual visit to national parks across the country. 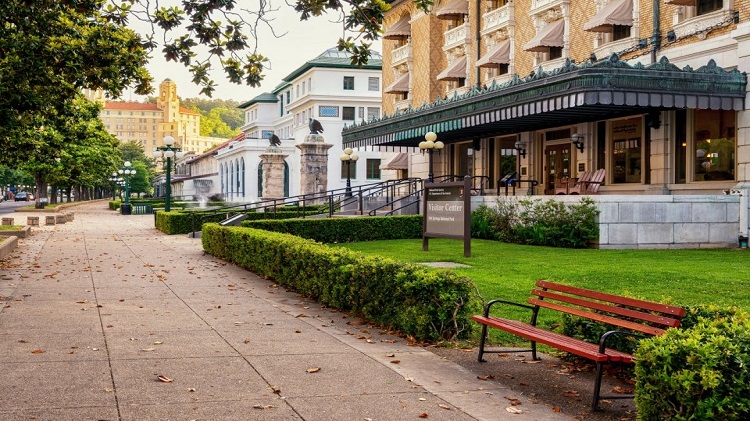 The thermal waters of Hot Springs National Park have drawn visitors for centuries. Originally a site for American Indians to quarry novaculite, the area’s hot springs soon became a favored destination for those seeking health treatments. Now nicknamed “the American Spa,” the park preserves more than 20 miles of trails, 40 hot springs, and the historic Bathhouse Row – a stunning showcase of Gilded Age architecture.

Take a virtual tour of the park’s historic Bathhouse Row district in an interactive map – presented by the Midwest Archeological Center, the National Park Service, and the Southeast Archeological Center. View 360-degree photographs of the bathhouse interiors and learn about the importance of these 20th century buildings.

Two-thirds of the island of St. John in the Virgin Islands is a national park. Virgin Islands National Park features gorgeous sandy beaches and palms, as well as a rich marine life in underwater coral reefs. But the park boasts more than just beautiful beaches – ancient petroglyphs, carved by the Taino Indians, can be spotted along the Reef Bay Trail, and plantation ruins tell the stories of when the sugar industry dominated life on the island.

Discover this park on a virtual tour of its historic windmills and plantations. Or take a virtual 3-D tour of the Annaberg Sugar Plantation, one of the finest remaining examples of the Danish Colonial Era industrial agriculture in the Virgin Islands. 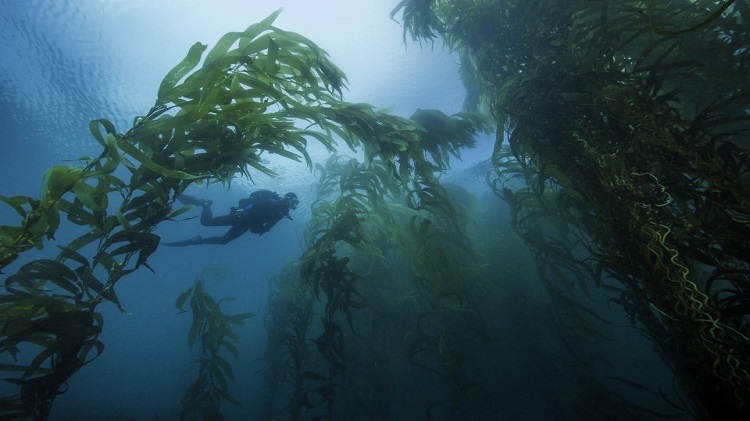 Dive into the rich marine life at Channel Islands National Park. Close to California’s southern coast and encompassing of five different islands and their ocean environment, the park preserves and protects a variety of natural and cultural resources. The islands’ remote location is home to unique animals, plants, and archeological resources found nowhere else on Earth.

Go under the sea with the park’s live ocean webcam, presented in partnership between the National Park Service, Explore.org, and the Ventura County Office of Education, set up in the landing cove on Anacapa Island. See how many different marine species you can spot – there are nearly one thousand documented so far! 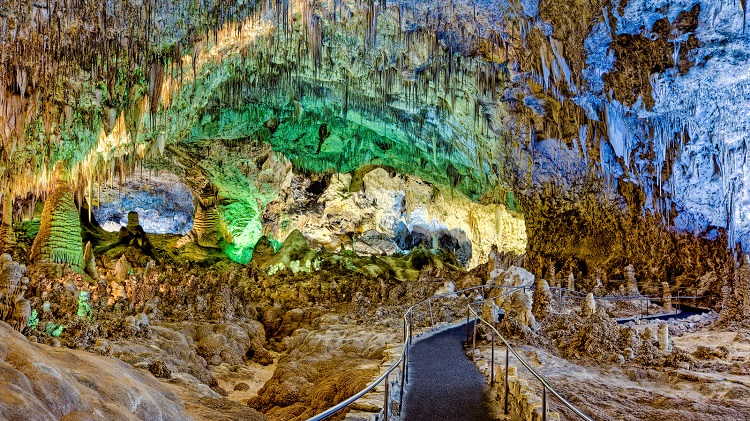 The National Parks Service (NPS) has long offered virtual experiences of some of its greatest parks to help people the world over to come and explore digitally. And one of its neatest explorations is its virtual visit to the Carlsbad Caverns in New Mexico. 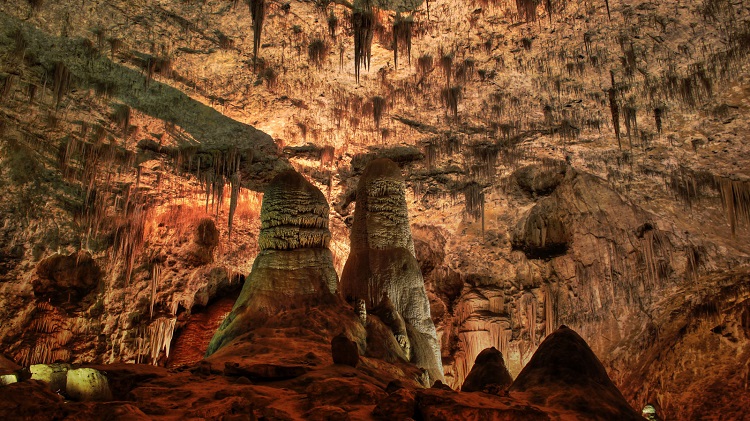 “High ancient sea ledges, deep rocky canyons, flowering cactus, and desert wildlife — treasures above the ground in the Chihuahuan Desert,” NPS wrote about the park. “Hidden beneath the surface are more than 119 caves — formed when sulfuric acid dissolved limestone leaving behind caverns of all sizes.”

The service further explained, the park has a particularly storied history as it’s a place where plenty of human activity has taken place from prehistoric people to historic American Indians. It added, “...Cavern accessibility development and tourism have left reminders of their presence, and have contributed to the rich and diverse history of the area.”

For in-person visitors, the park has two historic districts, both of which are listed on the National Register of Historic Places: The Cavern Historic District and the Rattlesnake Springs Historic District. Guests can also learn more about the rich history of the area at its museum, where they can also search the park archives, which NPS explained, contains approximately “one million cultural resource artifacts that are being preserved and protected.”

But, again, you don’t have to physically go to feel like you’re there. Just hop on the virtual tour with a park ranger, who starts the tour by explaining the cave swallows flying around during the day will soon be replaced by “hundreds of Brazilian free-tailed bats.”

As you move through the experience, you can choose to see the caves as if you too were one of those flying bats, and learn a bit about echolocation along the way.

From there, virtual visitors will move into The Big Room, a cave structure larger than six football fields, making it the “largest single cave chamber in North America.”

And the tour doesn’t stop there. But, we’ll let you click over and discover all the hidden caverns and treasures for yourself. 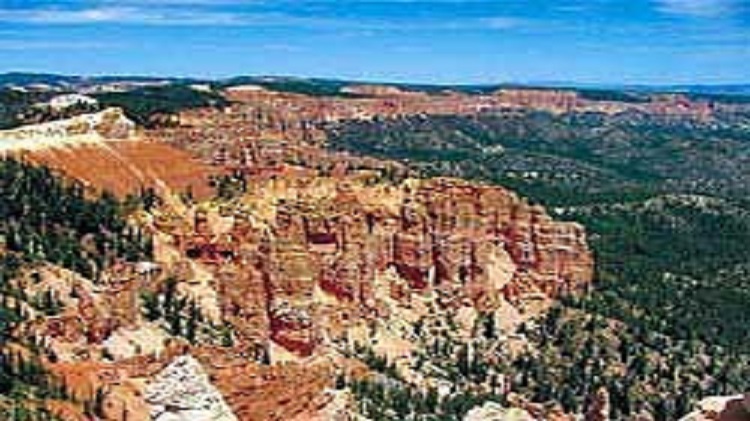 Here's an opportunity to tour our National Park from your computer. We recommend taking the tour as if you would actually drive in an auto or ride in a shuttle tour. Just press the "continue" or "back" arrows at the bottom of each page to navigate between pages. You may also click on the names at the top of the page or on the list to the left to go directly to a specific view point.

Have fun! Learn what Bryce has to offer. You may be able to use this virtual tour to help plan your next real visit to Bryce Canyon.

To begin your tour click the following link https://artsandculture.withgoogle.com/en-us/national-parks-service/bryce-canyon/sunset-point. 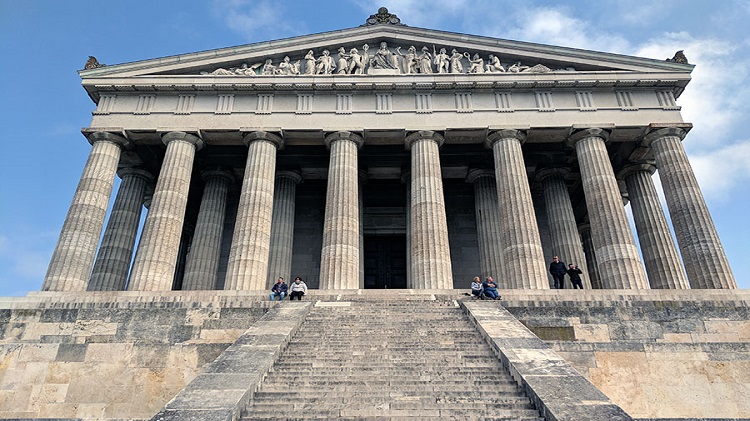 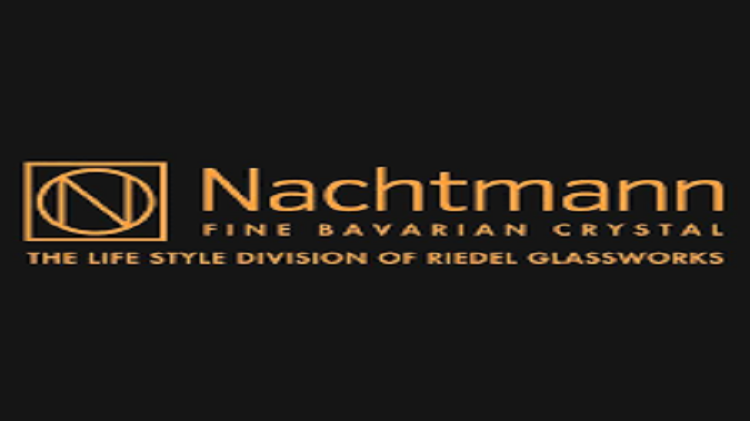 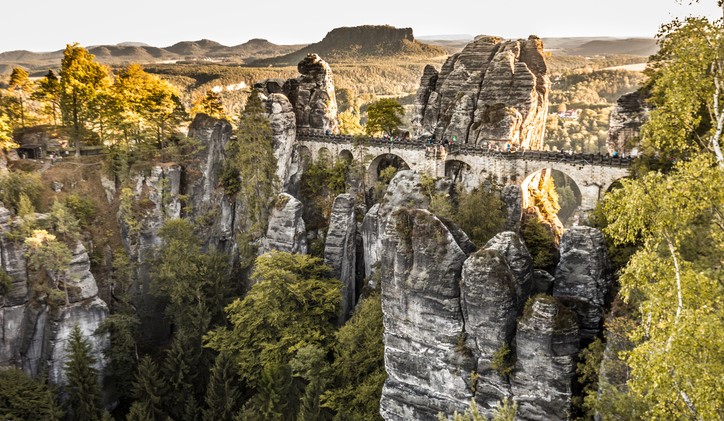 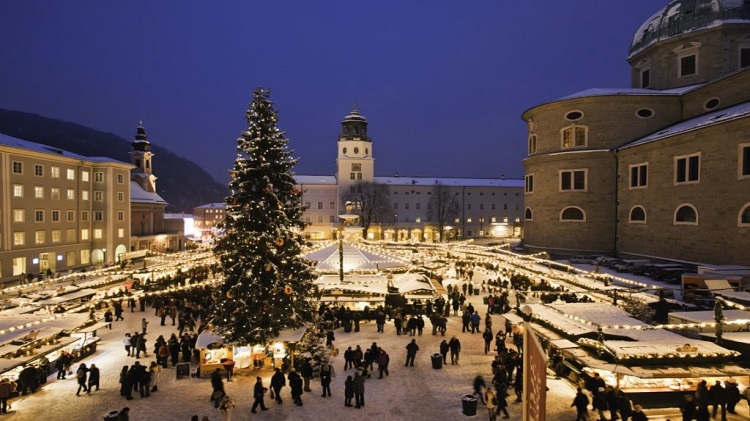 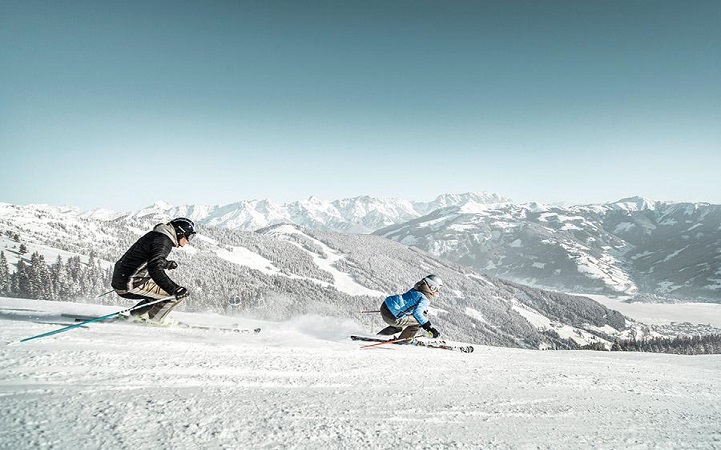 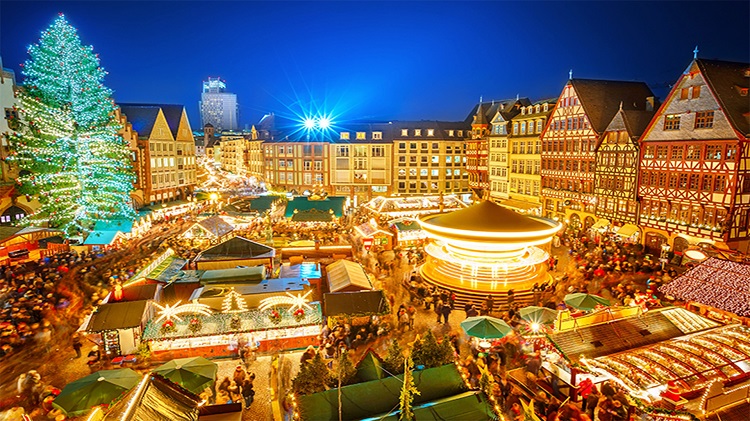 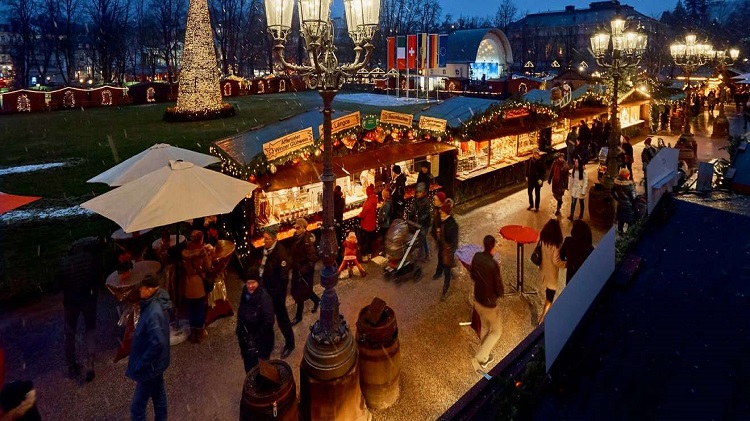